The  Rangarajan committee redraws poverty line in urban regions at Rs 47 a day, Rs 32 in rural regions. … This is much greater than the Tendulkar Committee’s suggested Rs 816 a month (Rs 27/day). The percentage of poor people in India in absolute terms stood at 36.3 crore in 2011-12, down from 45.4 crore in 2009-10, according to the Rangarajan panel.

The problems of poverty and unemployment are interrelated and in fact form a vicious circle. India’s problem of poverty has been a socio-economic one and it is continuing since pre-Independence. Most of the population depends on agriculture , which usually leads to low per capita income.
The development of industries and tertiary sectors has not progressed as rapidly as population has increased . Thus these sectors could not create opportunities for increasing population and the surplus labour from agriculture. The ultimate .outcome was the increase in dependency on agricultural sectors. 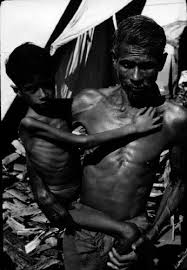 Poverty is difficult to define , but not difficult to identify . This is considered to be a feature of developing economies , but as a matter of fact ,poverty is the indication of backwardness. Poverty may be defined as inability to secure the minimum consumption requirements for the life health and efficiency on account of insufficient income or assets. The requirements necessary include minimum human needs in respect of foods, clothing, housing, education and health. The concept and content of poverty varies from country to country, depending upon the criterion of good standard of living accepted by the society there. For example, in U.S.A , a family having a television set and refrigerator may be called poor , because of different living standards of living there. But this may not be  the case in India where such items are part of luxuries and comforts.
As a matter of fact , not only growth of national income , but its proper distribution is also very important . The main problem of poverty is essentially a problem of imbalance between its population , and availability and exploitation of its natural resources. Our country has the second largest population but its vast natural resources of land, minerals, capitals etc are not sufficient to fulfill the requirements of the people. Whatever natural resources are available in abundance , they have not been exploited properly for want of capital and proper investments. Moreover , whatever efforts of development have been made achieved , the same have been neutralized by the rapidly rising population and ultimate result is low per capita income and inadequate availability of goods and services in the country.

Poverty line can be determined on the basis of barest minimum desirable nutritional requirements. The poverty line or poverty norms are drawn on the basis of daily intake of 2100 calories per person per day for urban areas and 2400 calories for per person per day for rural areas. This is in turn equal to expenditure of Rs. 107/- and Rs. 122/- for rural and urban  areas respectively on the basis of 1984-85 prices. Now for a family of five members , the poverty line has been fixed at annual income of Rs. 10,890/- in rural areas and 12.570/- in urban areas 1991-92.

Several economists have conducted extensive survey and carried out detailed studies , in order to ascertain the extent of poverty in India . Some studies worth mention are described below :

Mr. Ahluwalia of the world Bank Development Research centre studied the trends of rural poverty in India, for the period 1956-57 to 1973-74. However , the basis of poverty line was at the level of Rs. 15/- per person per month for rural areas and Rs. 20/- per person for urban areas at 1960-61 prices)

Causes of Poverty in India

To alleviate large scale prevailing poverty , it is necessary to exactly find out the causes , so that proper remedial measures can be adopted .

The rate of growth of population between 1981-1991 was 2.35%  per annum . This is quite a high rate and affects adversely the growth of per capita income consumption.

Inequality of Income and Wealth

The wealth is concentrated in a few hands while majority of people suffer from poverty , misery , hunger and disease . Some of the people below poverty line are in a state of severe distribution .  The reason is inequality of income and wealth and also its highly unbalanced distribution. 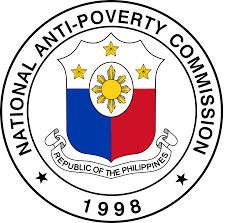 The resources available in India have not been either utilized fully or have been misutilized to a large extent .. The underdevelopment creates unemployment and causes poverty.

The social institution like caste system , law of inheritance , joint family system , etc resulted in the lack of initiative , industry and positive attitude towards work . This caused slow economic progress and in turn resulted in mass poverty.

The religious attitude has been responsible for developing a kind of satisfaction among the people in general with whatever they have , and the initiative of concerted efforts for the economic development is almost missing .
ALSO READ THIS :
Unemployment Rate
Human Evolution Timeline
Archaeological Sources
Economics is the study of Human Activities to Wealth
Geologic Time Scale
Important International Days and their theme
Solstice and equinox
Solar System
Soil and Soil Conservation
Civil Rights Movement
Reasons  for the failure of the Revolt of 1857
The making of Indian Constitution
Lithosphere- Folding and Faulting
Forces Affecting the Earth’s Crust
Causes of the Revolt of 1857
What is NPT ( Non Proliferation Treaty )
Conquest of Maharashtra
Battle of Buxar
Tags: General Studies

Reasons for the failure of the Revolt of 1857